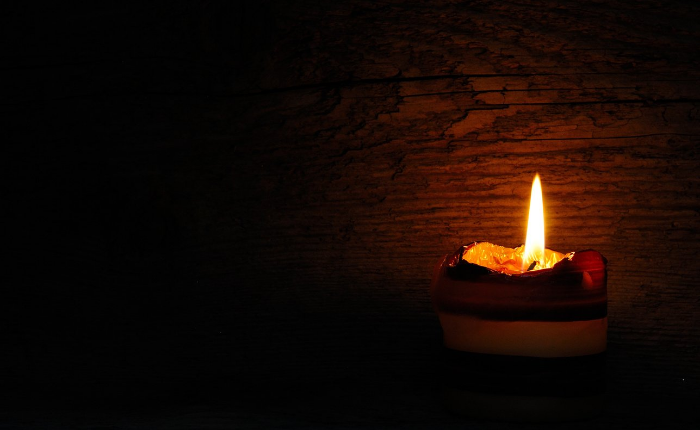 Om, May the God protect us both (Teacher and Disciple); May the God nourish us both; May we work together with energy & vigour; May our learning be enlightening and fruitful; May not give rise to hostility. This pious dedication in form of mantra marks the base of Indian education system. The roots of Indian education system have been enlightening and generating deeper meaning of Teacher- Disciple relationship. To encourage the knowledge and comprehension of the same phenomenon Rishihood University organized a Faculty Development Program “Adhiti” with Prof. Sampadananda Mishra as resource person.

The whole endeavor was categorized into four different sessions with independent focus on varied aspects of the education namely;

The first session defined the education system with the essence of Indian heritage. The pressing need to revoke the ancient Guru-Shishya tradition was brought into the light owing to the facts that the meaning of true education lies in the essence of evolution of the soul of the shishya. Therefore, a great deal of responsibility lies on the shoulders of the true nurturer also referred as teacher in the present times.

The second session explored the essence of being a nurturer in terms of a teacher. With the focus on “atmanidhi” know thyself- it depicted several characteristics that can be an integral part of a teacher like empathy, creativity, open-mindedness and many more.  Through anecdotes, real life scenarios were explored. How cultivation of sense of Brihadwe can evolve our consciousness. The three core characteristics involved power of inner Vision (Drishti) causing to be Trikaal Drishta and being Sukritam. Second characteristic regards to the power of inner audition or Shruti involving patience and intuition, the third one involves power of Discrimination giving one the strength of receiving, holding, discriminating and executing what is Right.  Other major characteristics involved Drithi Called Perseverance, Samta Or Equanimity, Titiksha Or Endurance. They all redirect a teacher to evolve to his potential  best and motivate the student towards a journey of inner awakening.The beauty of a true nurturer or teacher in Indian perspective was well told through the story of an ODISSI dance teacher who practiced dancing with one leg so as to teach dance to his brilliant student who lost his one leg, the essence was the hope of life that was given to the student by the teacher.

The focus of the third session was on a disciple. In the ancient world, another term used for disciple was brahmcharin. Since in present scenario the word is often misinterpreted therefore some important questions were addressedlike why a student is called as brahmcharin?,what are the qualities of brahmcharin?Brahmcharin means shishya, chhatra, adhiti which means learn, gather information, understand and hold it in consciousness with clarity. It means adhiti, bodh, aachran, prachar. The discussion further clarified the ‘adhyayan’ which means to go beyond, to know what lies behind and the person who facilitates namelyadhyapak.So, brahmcharya means seeking knowledge, longing for the enlightened knowledge. It means search for a light which is form of ultimate truth. Gaveshna is another word which is used for brahmcharin which means the one who searches for light or truth. So, here comes the first quality of brahmcharini.e.Jigyasa: curiosity. Once student has a curiosity the sanshay which means doubt will be created. So intense inspiration of curiosity should be there. Different stages were explained in terms of Brahmagya, Brahmeshtha and Brahmibhoot, which is knowledge by identity meaning to become. An interesting story was explained about Shwetaketu whose father was Udalka, the greatest teacher of his times. Through the narration of the story Shwetaketu and Udalka, three characteristics of disciple were explained:To know which means student awaken to become a truth, second is to assimilate the truth in self and third is to become the truth.

The fourth session was described by Prof Sampanada Mishra to make participants internalize the concept of Bhartiyata in Bhartiya Education. The session began with analyzing the limitations and shortcomings of present-day education system.The participants contemplated that the basic tenets of Bhartiya Education are to believe in VasudhaivKutumbkam, Sarve BhavantuSukhina and to be a rishi. Whereas, itwas explained to be more about the essence of being Indian, developing and evolving, developing sense of self and relating with high divine power. The other basic principles of Bhartiyata are Self-actualization, understanding multi-cultural aspect, strong idea of divinity, unity in diversity, mutual respect, sense of being together, to be a yogi and  develop a deep vision of expanded broadness of consciousness.The Mind’s capacity needs to be realized which will lead to exploration of highest potential in humans, SavidyayaVimulataye. One has to have intense self-introspection at all levels.  The Education should also aim at developing idea of national education and to develop deeper cultural values. The role of nature was beautifully suggested as to how staying close to nature adds to develop the cognitive abilities of mind towards the path of liberating the self from endless limitations. To enhance the AatmanVridhi, inner power of the mind silence was identified as a tool as every sound emerges from silence.  The disciple should constantly aim to achieve highest gain which is acquiring Knowledge and openness to achieve the state of brahman should be the aim of humankind.

The sessions were concluded successfully in the presence of honorable Vice Chancellor Prof. Kamlesh Misra and Prof. B. K. Kuthiala, honorable Chairperson Haryana State Higher Education Council who disseminated the knowledge of how Universities in USA are doing researchon Indic studies on ancient scriptures to understand Bhartiya education and to read, understand and reinterpret the ancient scriptures, defining the current initiatives of the world towards understand deeply about ancient civilizations – Prachin Sanskriti of India suggesting that the time has come to reinvent our past, innovate and create a modern India whose roots are in ancient system with a clear vision of future. The ultimate aim is to grow in the direction of “Nar se Narayan”.  The vote of thanks was presented by Prof. Nitesh Bansal, Registrar, Rishihood University.