You are here: Home / Board of Advisors 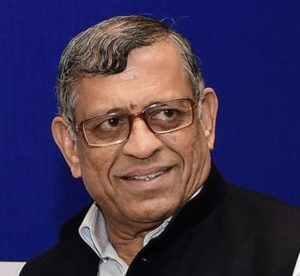 Swaminathan Gurumurthy is a Chartered Accountant having India’s top businesses as his clients. He is also on the board of Reserve Bank of India. As the Chairman of Rishihood’s advisory board, he will guide us in achieving the vision.

Ajay is the founder and CEO of Bachpan Play Schools (chain of 1000+ playschools) and Academic Heights Public Schools (chain of 100+ formal K12 schools) spread across India. A person-with-disability, he has also launched an initiative to make Indian infrastructure accessible for wheelchairs.

D N Khurana is an advisor and formal Secretary General Asia Association of Management Organizations (AAMO) Japan. He was the Additional Director General Military Operations and headed several successful operations for India. He was the Director General AIMA and is on several high level committees of the Ministry of HRD, Govt. of India. He continues to be on the Board of IIM (L). He has served on the board of directors for several leading companies including Havells India.

Dr Mahajan is a padma shri awardee and the President of the Indian Radiology & Imaging Association (IRIA). He is also an honorary radiologist to the President of India. He is the founder of Mahajan Imaging.

H P Mangla is an entrepreneur and philanthropist. His varied business interests include hotels, real estate, food processing and more. He is the chairman of Gateway Education, Sonipat and St. Stephens School, Delhi.

J K Garg is an industrialist and philanthropist. His organization, Jash Industries is a public listed company having manufacturing units in India, US, Germany and China. J K Garg has been an active community leader and keeps contributing to social causes.

Dr Madhukar Gupta is an IAS officer from Rajasthan cadre currently serving as an additional secretary in the Ministry of Public Enterprises and Heavy Industries, Government of India. He has studied public policy from the Maxwell School at Syracuse University and was a Mason fellow at the Harvard Kennedy School.

Mahesh is a radiologist and healthcare entrepreneur. He runs diagnostic centers in different parts of the country. He is also a principal assessor for NABH to promote quality in healthcare. Through his training institutions, he has provided paramedical and allied healthcare education.

R N Prasher is a retired IAS officer from Haryana cadre. He was the chief advisor to the chief minister of Haryana. Later, he became the chairman of Haryana Electricity Regulatory Commission.

Rakesh is an architect, educationist and philanthropist. He is the president of Gateway Education. He has set up four educational campuses in the last two decades, including K12 and higher education institutes.

Ritu Beri is an ace Fashion designer. She was the first Asian designer to head a French fashion brand, Jean-Louis Scherrer. She launched The Luxury League, a not-for-profit organisation, to promote creativity & innovation in the luxury industry of India. She was appointed advisor to Khadi & Village Industries Commission (KVIC), a part of the Ministry of Micro, Small & Medium Enterprises, Government of India.

Saroj Khan is a celebrated choreographer in Bollywood. With a career span of over forty years, she has choreographed more than 2000 songs and is known as “The Mother of Dance/Choreography in India”.

Shenoy is a healthcare strategist and entrepreneur. He is the Chairperson of the CII (Confederation of Indian Industry) Technical Committee on Health. Earlier, he has served as Group Chief Operating Officer for Apollo Hospitals, Medical Director at Fortis Healthcare & Chief Medical Officer with Delhi Government.

Sunita Kohli is the first interior designer & architect to be awarded the Padma Shri and the first Indian designer/architect to be invited to give an illustrated lecture at the prestigious National Building Museum in Washington DC. She is the President of K2INDIA and a Founder Trustee of the Satyagyan Fondation in Varanasi, an affiliate of ‘World Literacy Canada’. She is the Chairperson of the Board of Trustees of ‘Save-A-Mother’. She also founded the ‘Museum of Women in the Arts, India’.

Tilak is a reputed chartered accountant based in Delhi. He is the founder of Asaan Credits, a new micro-lending NBFC. He is also an independent director of HSIIDC and advises the government on various projects.