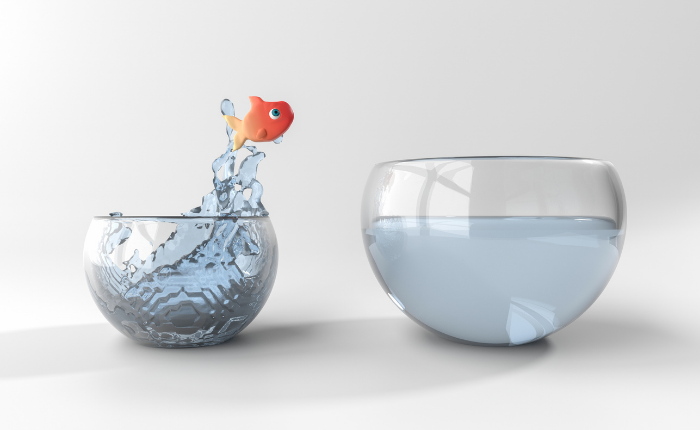 The alarm bells are ringing and no one seems to care about it. The world’s largest corporations are failing and people’s life-long earnings are being lost or eroded but we continue to push the accelerator for higher growth. Suddenly, questions are being raised about the sustainability of the present system of managing the economy of the world. Can this system ever solve the ever-escalating problem of human survival and development? The challenges come from the operative system as well as a conceptual framework. As the 21st century unfolds itself, the economic performances of the mainstream economy have brought to light some serious contradictions which were hidden earlier. The contradictions are found in the aim of production (profit), method of production (technology), and market mechanism to distribute it. Production is governed by technological preconditions and demand being created artificially, it is difficult to establish an analytically meaningful correlation between production and demand given the present market mechanism for distribution. Production is seldom based on rationality. Demand fluctuates, not so much due to changing needs but due to changes in tastes and desire to accumulate. The production follows the demand rather than the need. Those who have control over the resources have more than those who are left behind. The gap between the haves and have-nots widens and imbalances. Ever-increasing production to meet the never satiable demand has negative implications for the earth system. But who cares for what happens to the earth system? After all, the earth is the storehouse of resources that are meant to be exploited! This attitude has now landed humanity at a point of disaster from which there is no escape for us unless we rethink our attitude towards the earth, the very objective of development, and the spatial pattern of life and living.

Are there limits to economic growth? Yes, there are but we have become so accustomed to the idea of eternal growth that we cannot get out of it. The crisis of overcapacity, unemployment, the decline of profitability, and shrinkage of the market is not a temporary phenomenon to be over in due course time as the world got over the depression of the 1930s. The global economic system had not then reached the stage of disequilibrium of the first decade of the 20th century. The Second World War too hastened the crisis to pass over soon and growth continued till the end of the 1960s. From the 1970s onwards, the developed countries experienced a sharp decline in employment. By the time the cold war ended, both production and employment began to decline rather rapidly. According to some estimates, almost a million jobs were lost in the West by 1995.

When economists talk of growth, they refer to an aggregate increase in the quantum of goods and income which would lead to the reduction of poverty. As production increases, employment and income increase. So, growth means more and more production. If the poverty weighted index is added to GDP, it takes the form of GNP. If employment and equity are added, the indicator is further refined but, in all cases, the underlying assumption is that production must continue to grow. In reality, production cannot increase indefinitely without derailing the earth system and human relations.

The more developed a country is, the more dependent it becomes on other countries for raw materials. According to Lester Brown, “In 1950 the United States relied on imports for one-half or more of its supplies only of aluminium, manganese, nickel, and tin. By 1970 zinc and chromium also belonged to that group. And the projections indicated that by the end of the century this country would be similarly dependent on imports of all of the basic raw materials except phosphate.” As the global stock of natural resources decreases, it would be difficult to keep production increasing.

Over mechanization leads to unemployment, environmental degradation, and the wide gap between production and demand on the one hand and between production and employment on the other. It ultimately results in a crisis. Further, it makes people too dependent on technology. Even social relations become mechanical. Added to all these negative aspects of technology, is its impact on nature. As more and more of the natural resources are drawn from the earth for conversion into goods and services, environmental pollution grows, and inputs become scarce. A new theoretical and analytical approach is needed to achieve sustainable development. The economic system must be directed to the development of man towards a super-conscious being. The value-judgment that upholds the present concept of growth has already lost its validity for much of the world.

Even a cursory look at the emerging future points to impending dangers ahead. Half a century back, there were just three billion people on the earth; today the number has gone up to seven billion. Economic growth at the same time has far exceeded population growth. At a 4.5 percent growth rate, the size of the world economy would be $170 trillion by 2030 and $280 trillion by 2050 if the present growth rate continues. Earth will not be able to support this exponential economic growth. Even today, the weight of the world economy is destroying the built-in sustainability of nature. Global warming has led to instabilities in rainfall, temperature, and extreme storms. The prices of raw materials and foods are at historical heights. Oil prices have surged to more than $100 per barrel, as China, India, and other oil-importing countries join the United States in a massive scramble to buy up supplies, especially from the Middle East. In the next few decades, the underground aquifers that supply water for irrigation would be exhausted. A calamitous situation is inevitable unless we change our lifestyle and turn from a greed-triggered economy to a need-based economy.