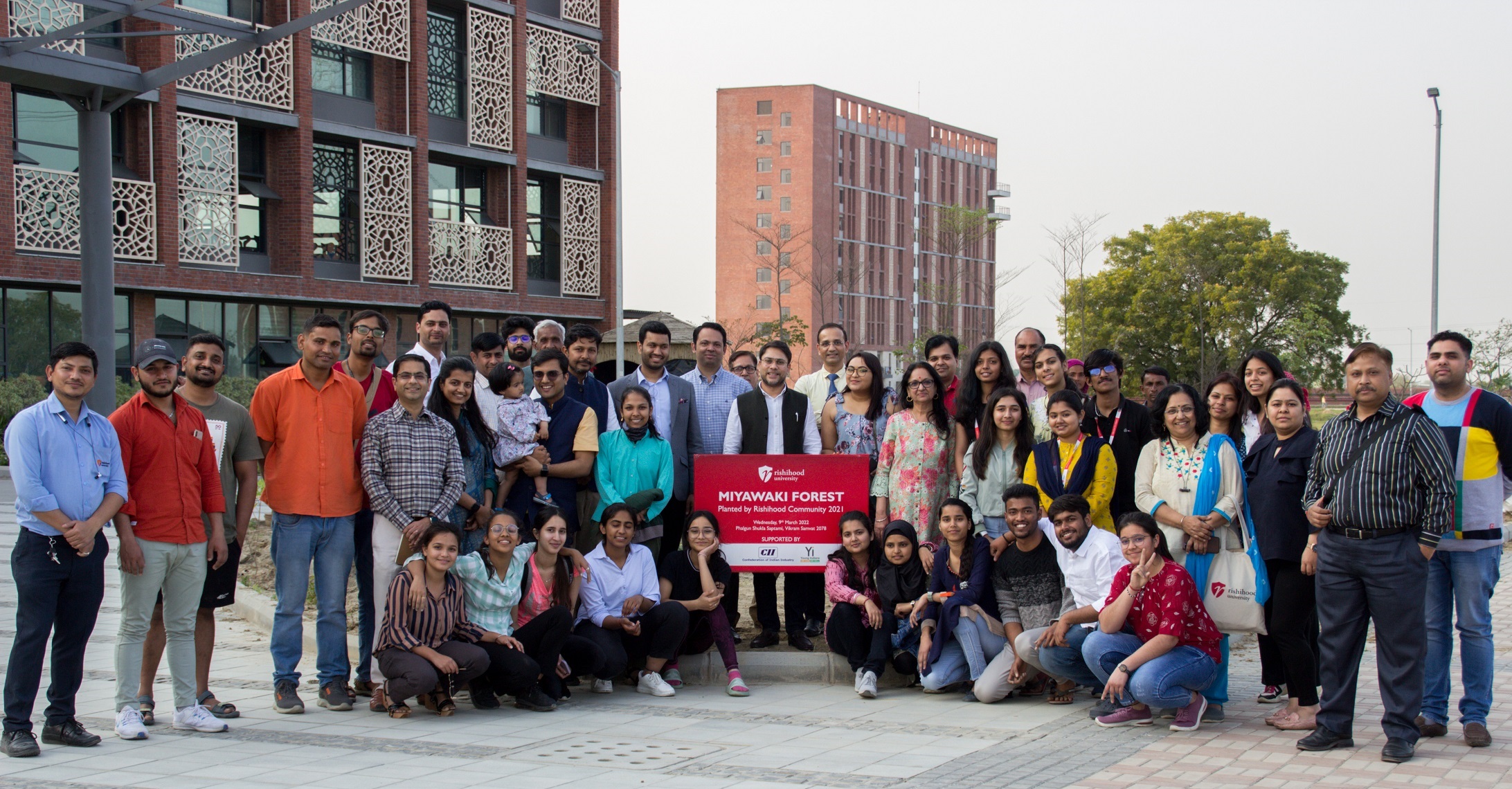 Climate change is one of the most alarming issues the world faces today. Global climate models project a continuation of human-induced climate change during the twenty-first century and beyond. In countries like India that are highly vulnerable to climate breakdown, forests are an integral element towards mitigation. Tree cover of almost 1.6 million hectares was lost between 2001 and 2018 in India — nearly four times the geographical area of Goa, according to a study released by the World Resources Institute.

Loss in green cover and increased concretisation in urban areas has led to cities becoming ‘urban heat islands’, which pose significant threats to not just human populations but also contribute to global climate change. It is a global grand challenge that will lead to unimaginable consequences if we do not step up towards sustainability.

Keeping up the spirit of impact, the Rishihood community planted a Miyawaki forest on campus. Miyawaki is a method pioneered by Japanese botanist Dr. Akira Miyawaki, that helps build dense, native forests. An expert in plant ecology, Dr. Miyawaki specialised in seeds and natural forests. He was active worldwide as a specialist in the natural vegetation restoration of degraded land and received the Blue Planet Prize in 2006.

Using the Miyawaki method, we can create native urban forest ecosystems much quicker. The method takes its inspiration directly from processes and diversity in nature. About 15 to 30 different species of trees and shrubs are planted together, two to four trees per square metre. This plant community works very well together and is perfectly adapted to local weather conditions.

The approach is supposed to ensure that plant growth is 10 times faster and the resulting plantation is 30 times denser than usual. It involves planting dozens of native species in the same area and becomes maintenance-free after the first three years. It would take about 200 years to let a forest recover on its own. With the Miyawaki method, a similar result is achieved in 20 years. 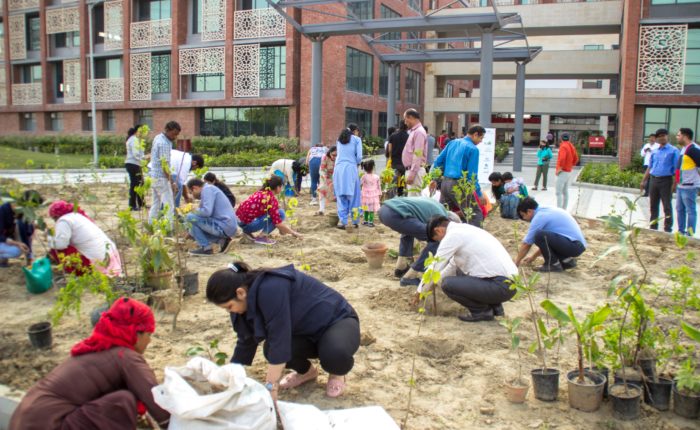 This technique works worldwide irrespective of soil and climatic conditions. The habitat thus created will get more complex over time and attract much biodiversity. Vegetation becomes much denser than conventional plantations, and it has the structure of a mature natural forest. It is a multi-storey structure, where different levels of vegetation appear. They help lower temperatures in concrete heat islands, reduce air and noise pollution, attract local birds and insects, and create carbon sinks.

We, at Rishihood University, planted a total of 255 native trees including guava, mango, lemon, neem, baboon and fruit and medicinal trees. Over the years, this dense forest will lead to a self-sustained ecosystem and regenerate the surroundings. It also helps in recharging the groundwater table. Rishihood’s Center for Water is spearheading strategic initiatives for capacity building in water. The Miyawaki method is a symbol of collective efforts towards water and environmental conservation.

We thank Nikhil Jain, Gaurav Mittal, Jeetendra Dharewa, Vidur Chaaria, Rohan Rohatgi and the entire Young Indians Noida team for making this possible. Our sincere gratitude to the Confederation of Indian Industries (CII) for advocating sustainability at different forums and through various initiatives.