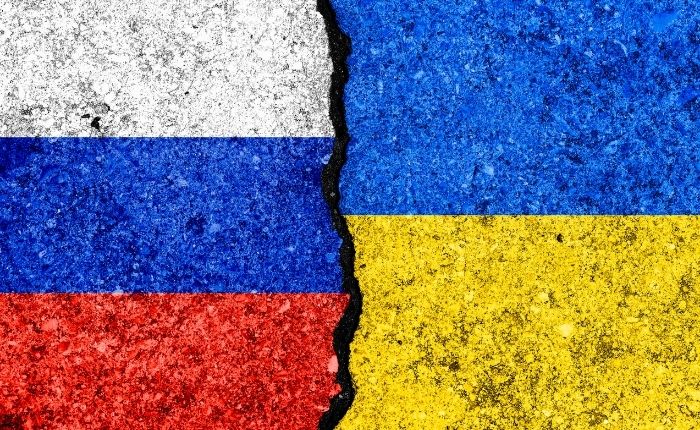 Following the path of globalisation, today, every country’s economy is interconnected, and any conflict between nations impacts the entire world. Thus, Russia invading Ukraine is creating a significant impact on the economy.

Ukraine, being the second-largest country with mineral resources, coal mines, natural gas, petroleum, manganese, nickel and agricultural land, would benefit Russia in gaining more power economically. But the question remains that despite several Presidents, why did only Putin attack Ukraine? He wants to establish the Soviet Union, while Ukraine wishes to join NATO to become an independent nation.

The conflict affects many economic factors at play currently, like the crude oil supply is dependent on Gulf countries and European countries. The supply chain disruption led to a surge in crude oil price up to $115 per barrel with a rise in cooking oil prices. Shipments are at risk as logistics and loading remain stuck. Both Russia and Ukraine account for the global export of 29% wheat and 75% of sunflower oil.

Almost all nations are facing the problem of inflation in commodities prices and crushing the expected budget. EIU is already expecting global inflation of nearly 6% this year, and now even that mark might be exceeded. In order to force Russia to step back, countries are imposing sanctions, SWIFT banking and social media apps are inaccessible in the country.

Many European countries are dependent on Russian energy, particularly gas from several vital pipelines. There is a possibility that the harsh economic sanctions on Russia would make it very difficult for these countries to be able to import gas. Most Asian countries rely on European countries for petroleum and natural gas. Apart from this, the automobile sector will take a big hit from this conflict, grain prices may rise, and global trade will also face impact. The world’s unexpected recovery from the pandemic left companies scrambling to find enough raw materials and components to produce goods to meet surging customer demand. And now, this conflict could make things worse once again.

The globe is at the risk of a third world war, and the whole world may go back a century in terms of development if that becomes a reality. War is never the solution but what could help is a global organisation to settle all disputes among countries. Acquiring nations shouldn’t be a possibility, and they should ensure that there’s global harmony.