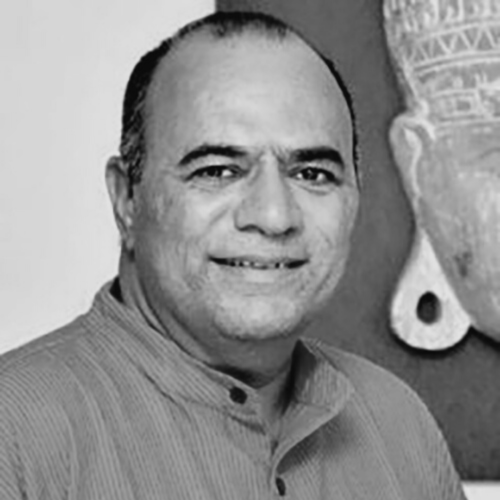 Dr. Chandraprakash Dwivedi is an filmmaker and scriptwriter, best known for directing the 1991 TV epic Chanakya in which he also played the title role of Chanakya. His other major works include the 2003 film Pinjar, a tragic love story based on Amrita Pritam’s novel of the same name; and the 1996 television series Mrityunjay, based on the life of Karna, for which he also won a Best Director award.

Dr. Dwivedi is a qualified medical professional who gave up his profession because of his deep interest in Indian history and literature and began working in the theatre instead. From 1990-92, he wrote, directed and acted in the TV serial Chanakya, which took India by storm with its crafted dialogue, mastery of Hindi and lessons on politics and philosophy. In the late 1990s, he held the position of Programming Division Head at Zee TV.

In 2009, the South Asian Cinema Foundation honoured Dr. Dwivedi with its Cultural Catalyst Award “in recognition of his commitment to exploring India’s ancient culture and history in television and popular cinema.”