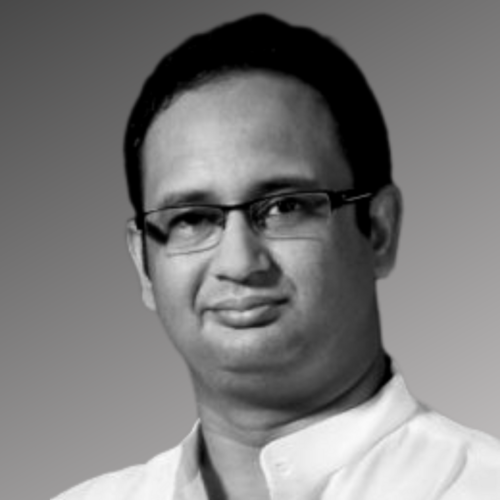 Pro-Vice-Chancellor, Dev Sanskriti Vishwavidyalaya
Dr. Chinmay Pandya a qualified medical professional and currently serves as the Pro Vice Chancellor of Dev Sanskriti Vishwavidyalaya. Following medical studies in India, he trained in the United Kingdom, where he gained Membership of the Royal College of Psychiatrists. In London, he rose through the ranks of the British National Health Service and secured the post of Associate Specialist in Older People Services at the West London Mental Health Trust. In this capacity, he managed patients with multiple psychiatric disorders, focusing on the treatment of dementia due to Alzheimer’s disease. He returned to India in 2010, heeding an inner calling.

Dr. Pandya serves on the Governing Body of the Indian Council for Cultural Relations; is a member of the Advisory Council of the Ministry of AYUSH; is part of the Syllabus Restructuring Committee of the NCTE; and is one of five institutional leaders from around world, including those from the University of Cambridge, and the University of Virginia, to be a Director of the Global Covenant of Religions. He is also invited as an expert in the list of Yoga Experts furnished by the WHO. He has presented papers, addressed symposia and lectured at the Universities of Cambridge, Latvia and Chicago; Lambeth Palace, IITs; IIMs; the Indian Medical Association; the Indian Military Academy, Bhabha Atomic Research Centre, Nuclear Fuels Corporation, Tata Institute of Fundamental Research and DRDO. He has also represented India in the Inter-Governmental meeting of the UNESCO on the issue of Intangible Cultural Heritage and serves as Board of Trustees of India Development Foundation IDF. He is also one of the judges of the globally prestigious Templeton Prize Committee. Alongside this, Dr. Pandya continues a busy psychiatric practice, on a pro bono basis.