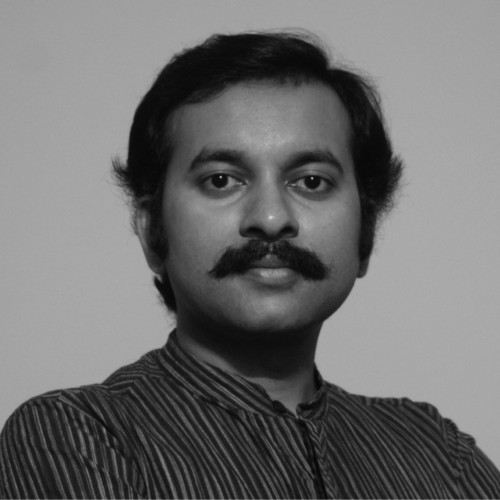 Sreejit Datta is Assistant Professor, Resident Mentor, and Director of the Centre for Civilisational Studies at Rashtram School of Public Leadership. Datta is a scholar in the fields of aesthetic philosophy, sāhitya and alaṁkāraśāstra. He grew up in Kolkata, West Bengal; took a B.Sc. in Statistics from St. Xavier’s College, Kolkata and an M.A. in Comparative Literature from Jadavpur University. After spending a couple of years as Junior Research Fellow at the Centre for Comparative Literature in Visva Bharati, Shantiniketan, Datta joined Amrita Vishwa Vidyapeetham, Mysore campus as an Assistant Professor. He taught five semesters spread over almost two and a half years at Amrita’s Mysore campus, offering courses in English, Creative Writing and Indic Studies. His areas of interest include aesthetic philosophy, alaṁkāraśāstra, sāhitya, literary theory, comparative literature, comparative philosophy, Indian political thought, history of ideas, Bhakti and Vedic studies. Previously, Datta has taught a semester at the American Institute of Indian Studies, Kolkata, guiding graduate students from universities across USA and UK through the nuances of Bengali language, literature and culture. He is a trained vocalist, having specialized in Rabindrasangeet and Hindustani music. He regularly writes on Indic issues in both Bangla and English. He also writes poetry and drama in both languages and is an avid translator across Bangla, Hindi and English.His scholarly works, translations, creative writing, and opinion pieces have been widely published across academic as well as popular platforms, including Sāhitya: Journal of the Comparative Literature Association of India, Bloomsbury India, Firstpost, Education Times, Sangam Talks, The Daily Guardian, Swarajya, and the Swatantra Magazine.