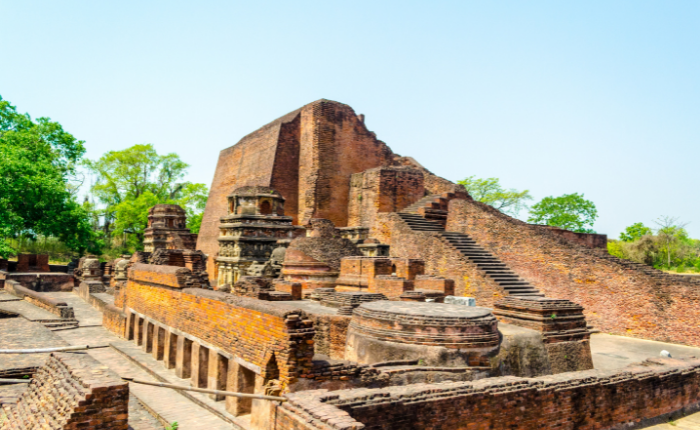 As Western societies continue to decline by the tidal wave of new challenges, it is encouraging to see how important the ancient ways of learning have become to educationists. When a system fails or damages the world environment physically and spiritually, we must not force it and “Let the dead bury the dead”, as described by an ancient teacher.

In the past, formal education didn’t exist in India. Traditionally a father passed on knowledge, primarily related to his occupation, to his child. Today, the west is trying to build the much-favoured apprentice system.

Education in ancient India used to be quite different from the rest of the world. Society and state couldn’t interfere with the curriculum or the administration. To acquire education, a child had to leave home and live with a teacher in a Gurukul for the entire duration of his studies. There was no fee, and the teacher took care of everything, including food, clothing and housing. According to this system, physical labour was of utmost importance. So, even a child interested in acquiring philosophical knowledge would still have to do some manual work every day.

As per the ancient Indian education system, there were about 64 art forms, including dance, music, sculpture, agriculture and men needed to know the art of earning a livelihood. To gain expertise from the master, men would start working as a trainee.

Later came several well-known centers of learning in India – Nalanda and Takshashila being the two of the most prominent and well-known institutions for different specialisations. What Nalanda was to Eastern India, Vallabhi was to the West. It was a famous study centre that specialised in subjects like law, medicine and economics, and students from all over the country studied there. Other prominent centers of learning emerged in Amaravati, Avanti, Kanchi, Somapura, Vikramashila and Jagaddala, and were known for their wide range of specialisations in higher education and the guru-shishya relationship.

How does this relate to our thinking at Rishihood University?

Both students and teachers are the key elements of Rishihood University. Tutors see themselves as mentors, companions, guides to the young people in our care. All the mentors wish to pass on the knowledge and skills they’ve learnt over the years. That way, knowledge and wisdom become self-perpetuating and become a true human experience.

We have worked hard to establish a campus with first-class accommodation. Since maximum students live on campus, it helps cultivate a rich learning foundation where students can grow.

We have diversified learning streams, ranging from commercial to academic, from medical to maths, and nurture youngsters creativity through interaction with the arts. One of the first schools we established was The School of Creativity, where scholars could train for a future in any one of the careers in the creative industry.

At Rishihood, we’re walking following the path to a traditional Indian education system. Technology may change on a vast scale, but the human experience remains the same.

This way, we help students become well-rounded in their approach to life. They become wise individuals and are well-prepared for a future where every industry will have AI and robots at their core. They will be mechanical, robust, accurate and cheaper than a human workforce, but will need to be guided by wise humans, and our pedagogy aims to make students that.