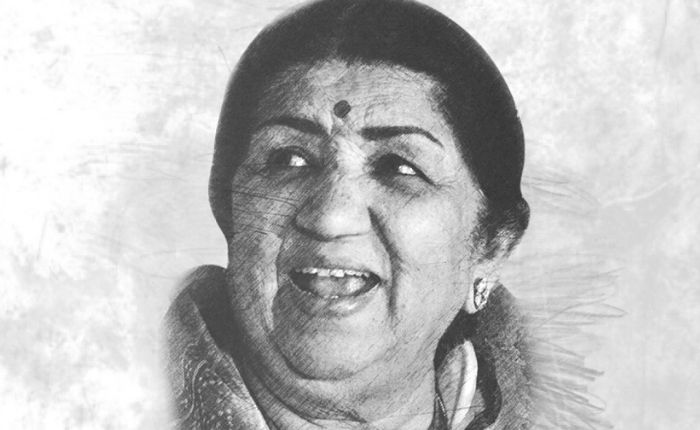 Legendary singer, Bharat Ratna Lata Mangeshkar has been the voice of India for several decades. She remained India’s most beloved and respected singer for over 70 years. But, she was much more than just a singer. She was a cultural icon – one that represented the ethos of ‘post independence Indian femininity’. To a country recovering from the trauma of partition, Lataji’s voice symbolized the childlike innocence that embodied the playful optimism of the new times and the nod to India’s cultural traditions – an identity that would enable India to stay optimistic and yet not feel lost as she advanced towards the 21st century.

Lataji’s voice essentially symbolised the spirit of Mother India – it was her rendition of Vande Mataram every Independence Day and the songs like Mile Sur Mera Tumhara that formed the texture of the new nationalistic spirit. Lataji sang in multiple different languages – making the imagery of the unifying voice of India even stronger. She wasn’t just any human; she represented the softness, the warmth and the motherly feelings we felt when we thought of a personified India.

As a singer, she possessed certain qualities that are beyond human imagination – qualities that don’t necessarily come through practice, the most important of them being the perfection of pitch. Her accuracy of pitching at all times, whether holding a note or negotiating difficult passages that demand the agility of an acrobatic voice remains unmatched and exemplary. Even the most celebrated singers are prone to slipping up at times, or hitting a slightly inaccurate note, but not Lataji. Not only was her voice perfectly pitched, it was also expressive and steeped in musicality. If there had to be a standard note for pitching, Lataji’s pitch could simply be marked as the yardstick.

Her career in the cinema industry began at a very young age. After she lost her father around the age of 13, she took up acting in Marathi films, which she later confessed to be not something she liked. She was passionate about music and wished to grow in that sphere. Since childhood, she had been a shy and tame child who could easily be ignored. But her talents couldn’t be hidden for long. Master Ghulam Haider noticed her music prowess and decided to introduce the thin-voiced Lata in an industry dominated by heavy-voiced singers like Suraiyya, Noor Jehan and Shamshad Begum. Very few believed that she could even survive in the industry. But young Lata didn’t give up. Her patience, faith and confidence in her talent paved her path of success.

Lataji often stated in her interviews that she was a gifted vocalist. As an individual, she was grateful for her inborn musical talents, yet continued with her efforts of polishing and upgrading her skills. She was persistent in whatever she did. If we had to note down 5 qualities that made her different from several singers of her time, they were:

From being a playback singer to slowly moving towards live performances, she was India’s favourite. At times of crises, like during the Indo-Chinese War of 1962, her “Aye Mere Watan Ke Logon” not only paid tribute to India’s brave soldiers and solaced the war-stricken nation, her rendition was found moving by Jawaharlal Nehru and left him in tears.

Her efforts and dedication won her several accolades and awards over the decades. She won numerous awards for her singing apart from being awarded the Dadasaheb Phalke Award in 1989, Bharat Ratna in 2001, and France’s Legion of Honour in 2007. In 1969, she made the unusual gesture of giving up the Filmfare Best Female Playback Singer Award in order to promote fresh talent.

We’ve had several singers who have produced great work but very rarely has anybody won a Bharat Ratna. Lataji’s death is indeed the marker to the end of an era – an era of docile India trying to find its balance in the chaos of modernity. Her songs and her voice are now part of the Indian psyche. We won’t forget her even if we try to. The large cultural impact she has left behind will continue as her legacy.