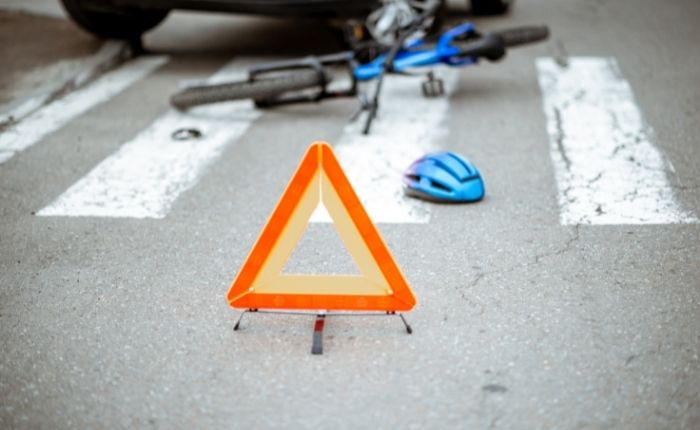 A road accident occurs when there’s a car crash or a car accident resulting in the vehicles blocking the traffic on a public road. Road collisions can cause serious injury to one or more people, and a fatal accident can lead to death.

Road transport is one of the riskiest conditions to cope with daily, but such incidents receive less public attention than others. (1) Road traffic is considered a significant development issue, a public health hazard, and a primary source of death and injury. It kills millions of people each year, and they mostly happen in developing countries.

In India, the trend of RTA injuries and deaths is increasingly alarming.

Due to road accidents, both the victim and the country will face an economic issue. The person will not be able to continue to his job to earn money, and due to the non-participation of such victims in the country’s GDP, there is a negative impact on a country’s economic status.

By 2019, India faced maximum monetary damage caused by commercial vehicles of $356.2 million, of which cars caused damage of $69.8 million, twowheelers with only $18.7 million and buses with $39.6 million.

India has only 1% of total vehicles, but it causes about 11% of the total deaths due to road accidents in the entire world. According to the survey and data analytics done by Road Accident Sampling System- India (RASSI) in 2019, over 781,668 vehicles were involved in road accidents. And due to these calamities, the damage ranges up to $0.57 to $1.81 billion.

According to the study findings, the total health expenses of such victims or patients go approximately to $0.82-1.92 billion.

TRENDS OF ROAD ACCIDENTS IN INDIA ON THE BASIS OF ROADS:

Why do other roads have such high numbers of accidents and deaths? The poor conditions of these roads, the potholes and the stone marbles spread over are enough to lose control over the vehicle while driving. These roads are short in width, making it difficult for cars to pass through. 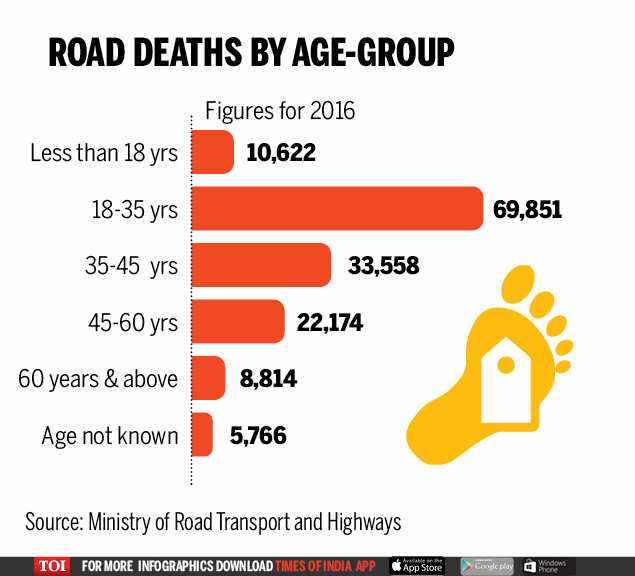 Why only the age group 18-35 have the highest number of road accidents?

Comparison on the basis of Deaths due to Road Accidents in India in the year of 2019 and 2020:

Here is the chart that shows a clear difference between the two years 2019 and 2020 in terms of the deaths reported due to road accidents in the states of Maharashtra, Gujarat, Rajasthan, Bihar, Telangana.

The deaths reported decreased at least 60% in these states, but the decrease was only possible due to the pandemic and the lockdown imposed in 2020. These regulations resulted in a lesser number of vehicles on the road, and all this directly lowers the cases of road accidents in 2020.

State wise variation in the number of road accidents in India during 2019:

Causes of the high number of road accidents in these states:

No. of Accidents/ People Dead/ Injured in North-East States (2019): 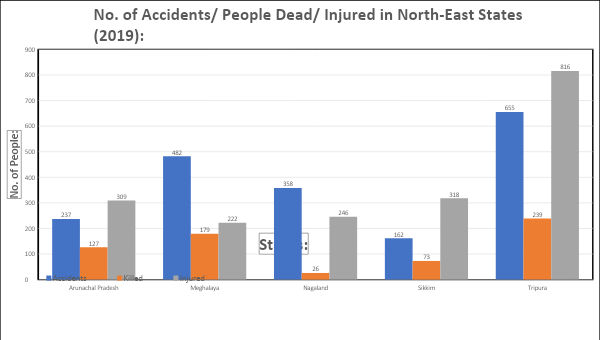 The above graph shows that Tripura has the highest number of road accidents resulting in death and injured individuals compared to the neighbouring states.

From the above two graphs, we can observe the difference in the total accident cases and people dead, which is quite huge. It is not only due to lack of awareness or the poor administration system but also depends on the total population of the state or any particular area.