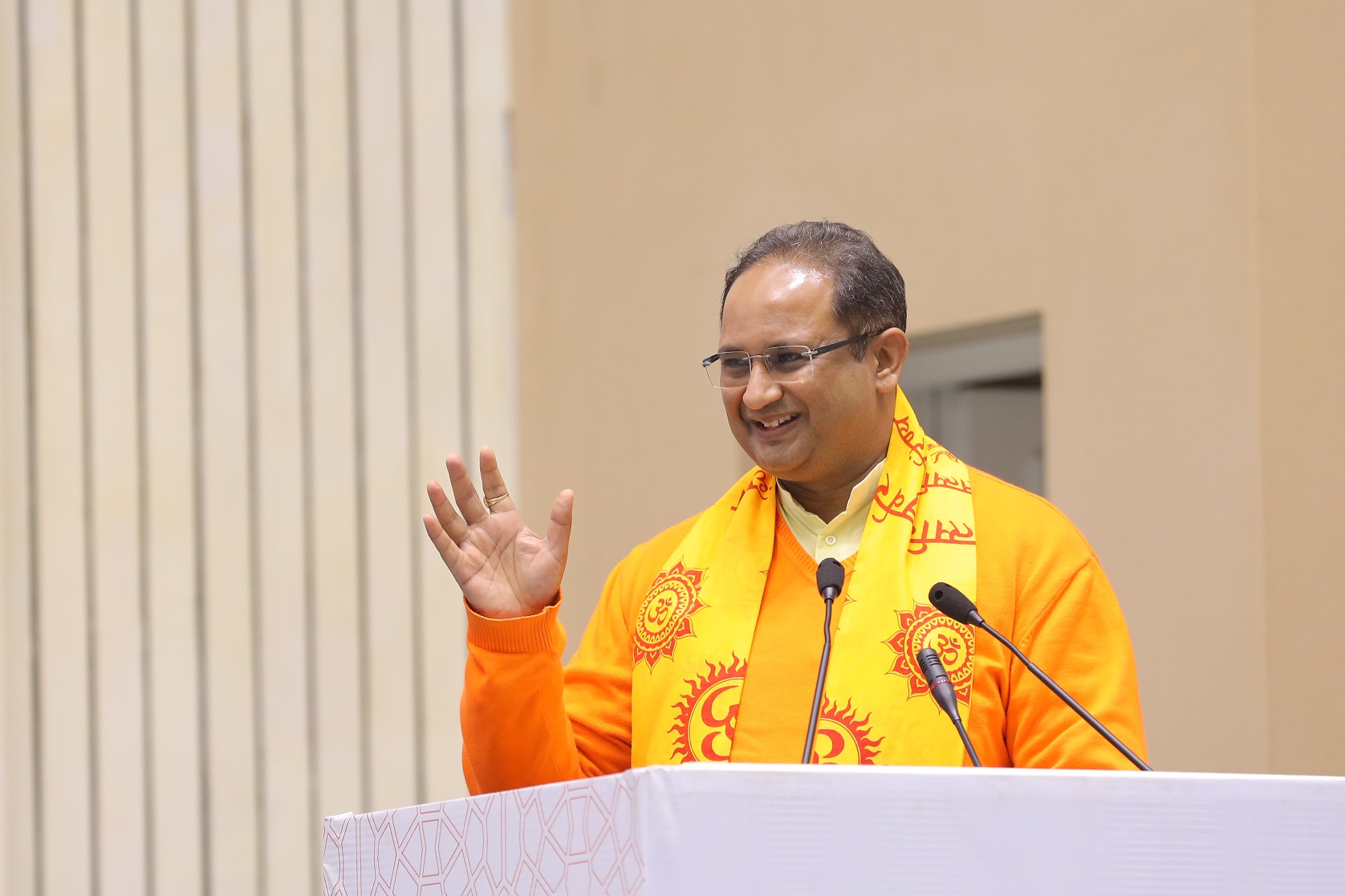 The need for a quality youth leadership that is driven by the values of Bharat has never been as strong as it has been in recent times. To understand its significance, one needs to feel and palpate the collective consciousness. When you do that, what you will see emerging is a scene of chaos and confusion, of conflict and dissolution, of disintegration and fear. There are multiple reasons for one to be afraid. I am not going into those details. But, if you try to feel every single soul, the fear that I am most worried about is that of people losing faith in themselves, faith in humanity. No matter where you go and who you ask, the simplest questions of life are proving to be the most difficult ones. Are we genuinely happy? Are we really satisfied? Do we really trust each other? Do we have the same life as we pretend to have on social media?

The truth of life doesn’t lie in power, position or money. The truth becomes visible when the struggle for survival gets subsided and the real questions of life start to emerge. But, survival for what? People, today, have the means to live, but no meaning to live for. To have meaning in life, you need values – the values on which Bharat was founded. And, to have direction in life, you need leadership. Without the leadership driven by the youth of Bharat, I don’t think there could be any salvation. Only money cannot offer the life people are actually looking for. Meaning and direction make life a celebration, and without it, life becomes a burden.

A question arises here. What is Bharat’s role in this? Here, I share the story of Swami Vivekananda when he returned from his long journey to the West. His ship was docked at the Colombo port, and almost the entire city had gathered to greet him. His fame had reached Colombo before he had reached. Someone questioned, “while people in the West got to learn from you and benefited from your knowledge about the Vedas, Upanishads, Puranas, Yoga Sutras, Geeta and other Shastras during your long stay there, what is it that you gained from it? How did it benefit you?”

Swamiji responded with a lovely answer. He said, “as I stayed far from India these long years, I have realised that before I visited the West, I was seeing India’s foundational values with an emotional lens. But now that I have returned to India after a long gap of 5 years, I believe in India’s traditions and values with utmost conviction. I believe that if there is one country where every soul, that is trying to attain the Absolute, is bound to be born and that there is no salvation without it, it is India. If there is one country in the whole world where knowledge, sacrifice, compassion, human emotions and aspirations, and the human will to rise and grow have found the most fertile land to develop, it is India. In the coming times, the same flow of knowledge will enlighten, embrace and nurture the whole world.”

We are fortunate and proud that Rishihood University is initiating and leading in the revival of this great tradition. It might seem to be a small feat, but is indeed a serious step towards changing the future of Bharat.
Lastly, I want to reiterate one of Gurudev Pt. Shriram Sharma Acharya’s thoughts on the current times that he had written in a book published in 1987. He said, “The current times may look dark and gloomy but they shouldn’t scare us. Rather we should embrace them like a call of action. Because it’s a sign that we are born at a very special time. And only we can change the world.”