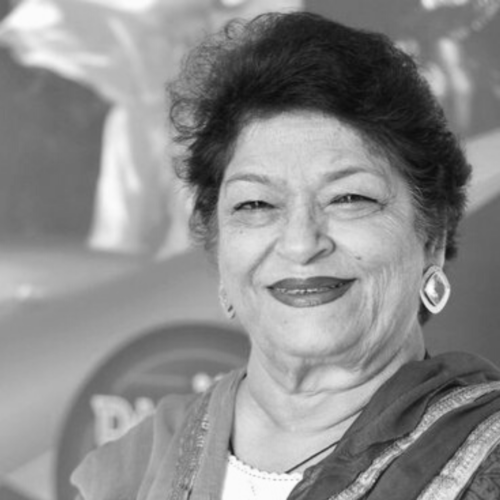 Saroj Khan was a Bollywood choreographer with a career spanning over 6 decades. She created some of the industry’s most famous dance scenes prominently in the 1980s and 1990s. As Bollywood’s first female choreographer, Saroj Khan was a pioneer, one of the few women working behind the camera at a time when nearly all the technicians were men. Fondly called ‘Masterji’ by stars whom she choreographed, Saroj directed over 2000 songs in her long and storied career. Her most famous collaborations were with actors Madhuri Dixit and Sridevi. She joined the industry as a 3-year-old child artist in the early 1950s and became an assistant choreographer at the age of 12.