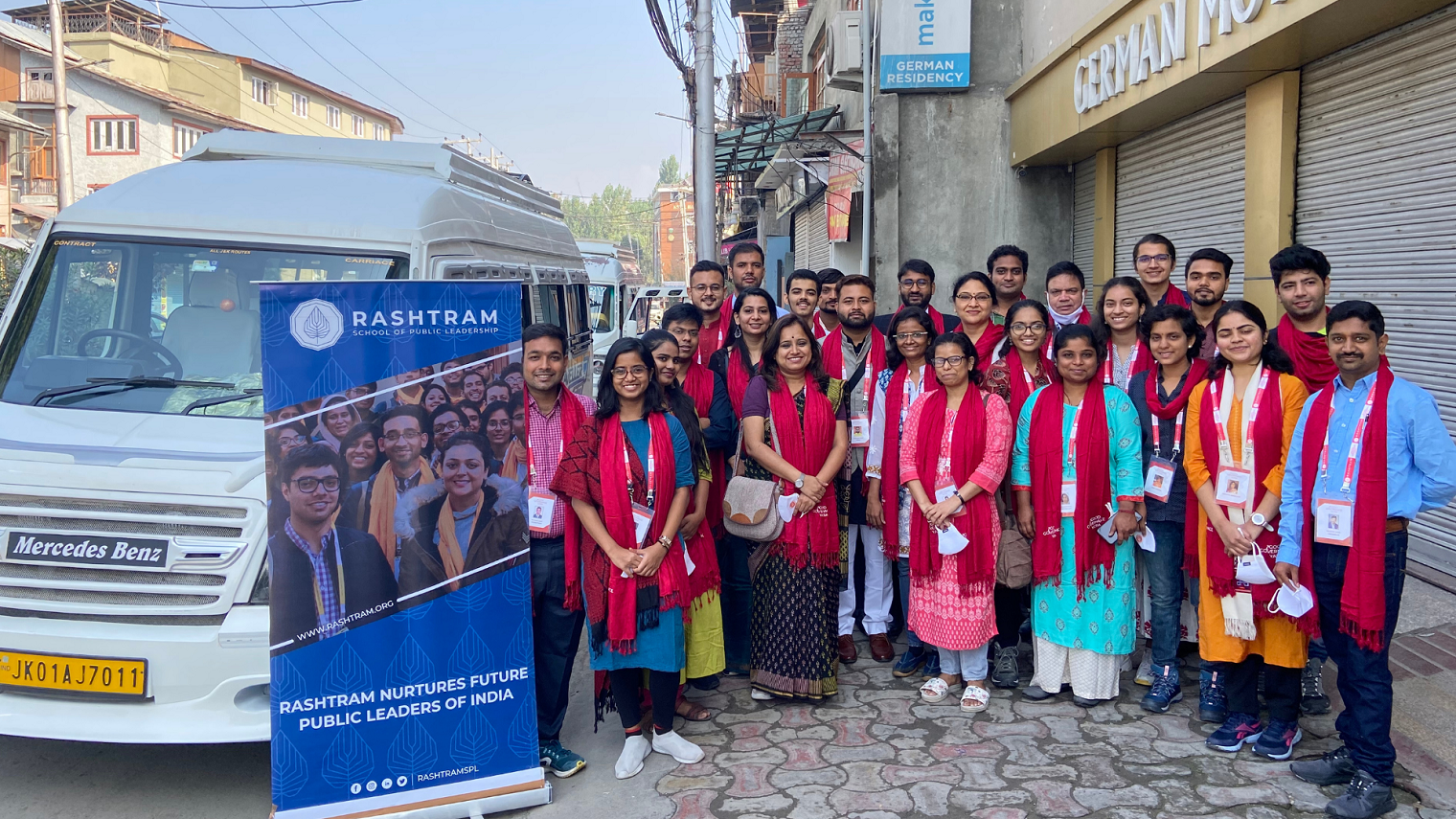 Governance is not a modern term; one can trace it in the recorded history of the earliest human civilisation. Yet, it isn’t easy to locate a commonly accepted definition of governance. To put it plainly, ‘governance’ could mean the “process of decision-making and the process by which decisions are implemented (or not implemented)” (UNESCAP1). Depending on the context, it could imply anything from corruption and incompetent administration to weak public service delivery. Moreover, it can be used in several settings, from corporate and international governance to national and local governance. The decision-making processes and their subsequent implementations are carried out by different actors. Consequently, there are various formal and informal actors, and the ‘Government’ is just one of them. Apart from the Government, there are Non-Governmental Organisations, Pressure groups, civil society organisations among others that contribute to the governance processes.

In contemporary public debate, good governance is used extensively and usually seen as a solution to several, if not all, problems plaguing the country. UNESCAP identifies eight major characteristics of good governance. “It is participatory, consensus-oriented, accountable, transparent, responsive, effective and efficient, equitable and inclusive and follows the rule of law.” Thus good governance ensures that corruption minimises, viewpoints of minorities are considered, and the most vulnerable in society are heard while making a decision. It is also sustainable because it is responsive to the needs of the present and future generations.

With several critical issues in mind that prohibits an informed approach to governance reforms, we commenced our tour of Good Governance Yatra 2021 from Srinagar. For the next eight days, more than 25 delegates interacted with multiple actors. Our mission was also to look for any measurable data on the quality of governance, particularly at the local level, to develop a credible framework for the governance evaluation across India, particularly J&K and Ladakh covering Srinagar, Drass, Kargil, and Leh.

Engaging with a diverse group of representatives from 11 Indian states while travelling through the valley, indeed the heaven on Earth is not only surreal but supremely enriching. The seventh edition of Good Governance Yatra gave a 360-degree view on various aspects of governance that are rarely mentioned in a textbook. From the ups and downs in day to day administration, the conundrum of top-down vs bottom-up approach of policies to the tactical maneuvering of grassroots representatives, the eight-day Yatra provided a rich panorama of detailed governance structures that exist in India.

The most significant component of the Yatra was experiential learning which broadened the horizon of thoughts. Dynamic interactions among the delegates and with various stakeholders in the Government and the administration granted an opportunity to comprehend the behind-the-scenes efforts of the implementing agencies. One could quickly identify the difference between reading about a Government project and experiencing them by actually being there. Besides, the month of September rendered a pleasant valley life. As autumn set in with a cold breeze and golden sun over the top of the beautiful mountains, the voyage became infinitely gratifying.

The overall effort was to facilitate the sagacity of thought with an all-inclusive investigation to contribute to broader public debate and raise civic consciousness. Yatra included meeting various dignitaries who provided a fresh perspective of the ground realities and breaking distorted biased views that influence the rest of the country and world. Projects and initiatives across various sectors such as infrastructure development, defence, militancy & terrorism, internal security, youth development, women empowerment, and innovation in education and participatory governance were covered. The yatra was also meant to create ambassadors of change who can promote growth across the country.

Meeting with the Mayor of Srinagar, Shri Junaid Mattu, he highlighted the services that the city administration provides, the public infrastructure and touched upon security issues the city faces. The Chairperson of Municipal Council of Anantnag, Shri Hilal Shah, gave insights on women empowerment, MSMEs, development initiatives and flow of funds across distinct verticals. He also talked about the decline in the stone-pelting cases to almost zero, which has increased the safety and security of tourists and locals and promoted sports and education. Instances like these are silver-lining, especially in the valley, where one can be assured of improvement, leading to peace and prosperity.

A fascinating address by Lt. Governor of Ladakh, Shri L. G. Mathur, to the delegation included a remarkable insider’s glimpse of the region and its geostrategic location. His views on climate change, sustainable economic growth of the state, and ideas of delivering good governance greatly benefited the delegates. Chairperson of Ladakh Autonomous Hill Development Council (LAHDC), Shri Tashi Gyalson spoke about their work towards the region’s social, regional, cultural, and economic requirements. He highlighted that winter tourism is being promoted to ensure financial assurance and prosperity among the people of Ladakh. He also spoke about the “green fee” collected from tourists coming to Ladakh by a four-wheeler or two-wheeler. It is an ‘environment fee’ that aims at promoting responsible tourism and preserving the fragile ecology of the region. Tourism is important for the valley as it contributes more to the valleys’ GDP vis-a-vis any other state/UT.

The interaction with the Kashmiri locals and youth was thoroughly savoured; numerous questions and queries were welcomed with an open heart. They took addressees back to their childhood memories, traumas, and how they are embracing the neo-normal situation. Although it was heart-breaking to know what a child had to go through while growing up, at the same time, it was heartening to see that they have a family now, a stable career, and are satisfied with the changes happening in the valley.

Good Governance Yatris immersed in an exquisite evening in Badami Bagh Cantt. Meeting with officials of the Chinar Corps, particularly Brigadier Roopesh Mehta, who gave an exciting insight into the cultural interventions like Wular festival to encourage girl participation and spot young talent in sports, organising music concerts, cricket tournaments, etc. He also talked about initiatives like “a day with company commander” where locals get to engage with the company commander and various other initiatives to combat terrorism and restore normalcy in the valley of Kashmir.

Yatris visited the saffron cultivation in Pampore village in Pulwama district, where they learned about saffron of high quality grown in the region’s rich soil. Saffron cultivators were informed of the challenges faced in their cultivation. An early morning trek to one of the oldest and surviving temples in Srinagar, Shankaracharya temple, was blissful, not to forget the breathtaking views which captivated our minds, allowing a fresh outlook. Apart from these meetings, delegates found time to enjoy a shikara ride on Dal Lake, learn about the floating market of the Grand Lake, and do some shopping. Embracing natures’ and human-made marvels from Srinagar to Leh via the Z-Morh and Zojila tunnel construction sites, our eyes became moist when we paid our regards to the Kargil war martyrs. In this outward journey of interaction and observation, these were some of the moments when we looked inward and found hidden treasures within us. We found singers, dancers, writers, photographers, and filmmakers within the cohort.

Despite the arduous journey across the valleys of Kashmir, and the cold deserts of Ladakh, we all were full of energy and excitement to endeavour more. An encounter with Dr. Padma Gurmet, Director of the National Institute of Sowa Rigpa, was a reminder that the Himalayas are an abode of the immeasurable plants of medicinal value. Sowa Rigpa is a centuries-old and well-documented medical tradition of the world. Sowa-Rigpa, along with Buddhism and other Tibetan arts and sciences is practised in the Himalayan regions. In India, this system is being practised in Sikkim, Arunachal Pradesh, Darjeeling, Lahaul & Spiti in Himachal Pradesh, and Ladakh.

A night at the Students’ Educational and Cultural Movement of Ladakh (SECMOL) campus in Phey, was one of the most beautiful experiences. The students there themselves wonderfully managed the entire institute from maintenance to management. Living amongst them and learning about their practices and management exposed our perceptions into accepting new ways of training our brains. Not to forget that students at SECMOL arranged a post-dinner bonfire where they sang Ladakhi folk songs; all sang along and danced. Yatri’s were starstruck upon meeting Mr. Sonam Wangchuk. His simplicity is remarkable, and his approach towards problem-solving inspired everyone. Getting a chance to learn about his sustainable tourism model during his stay at ‘Farm Stay’, an initiative by the Himalayan Institute of Alternatives, Ladakh, delegates got to eat local food and assimilate more about the local culture there. The people of Ladakh were very welcoming and courteous. Being able to hear the sound of the Indus river, zillions of stars in the clear night sky with the moon bright enough that one could read a book under it, made nights the most mesmerising.

The days started early; after engaging sessions, meetings, and travel, ended with scribbling out the activity journals and a few debriefing exercises. Intriguing discussions sometimes turned into debates. Agreeing sometimes, often agreeing to disagree, all practised in the spirit of learning and widening one’s intellect. The eight-day journey was completed upon meeting Padma Shree Chewang Norphel Ji, a vivid example of participatory governance. After Norphel Ji’s successful experiment, he ended up building around 17 artificial glaciers solving the water problems of farmers of Ladakh during the cropping season (April-May). These glaciers are at higher altitudes, and their ice melts quicker than typical glaciers. He is rightly called ‘The Ice Man of India’. Honoured to share space with him, delegates took their Good Governance Yatra completion certificates from him.

Governance is a continuous process and good governance is always in the making. In a multi-religious multi-ethnic geographically diverse country like India, a good governance framework comes up with its own characteristics. First, the bottoms-up approach making the citizenry participants in the governance framework holds the key to leaving no one behind. Local gov institutions and local entrepreneurship ecosystems need to be empowered to achieve the desired outcome facilitated by the state and the central government. Secondly, bridging the gaps between the governed and government at all levels is required. A consensus-oriented approach regarding critical governance-related decision-making reposes faith in the citizenry which in return smoothens the governance process. Thirdly, red-tapism unleashed by colonial-minded bureaucracy makes the governance process lengthy and complicated, making it prone to corruption and diminishing transparency and accountability. Hence a citizen-centric approach to bureaucratic procedures needs to be incorporated and a robust grievance redressal mechanism should be made accessible to citizens. Fourthly, governance should be responsive, not reactionary. A responsive governance approach entails well-planned and analysed decision-making to serve the local needs of the stakeholders. It should not be subjected to steps taken in haste. Fifthly, a diverse society has diverse needs and one size fits all approach in governance does little to solve real issues. An inclusive and equitable approach to governance in such societies is the need of the hour and works best for the effective delivery of governance. Finally, in a democratic governance system, popular opinions play a very important role. As a result, at times flow of governance is disproportionately influenced by it. An effective governance system should, thus, follow rule of law with a human touch, not swaying much on either side.

One understanding that we got from our trip is that good governance is an ideal that is difficult to achieve in its entirety. However, to ensure sustainable human development, our actions must be oriented towards this ideal, and every effort should be taken to make it a reality.

Puja is a Programme Manager at the Rashtram School of Public Leadership, Rishihood University. She did her Masters in Microbiology from Fergusson College, Pune and studied Project Management from IIT Roorkee. Puja has been a part of several initiatives like ‘End Polio Now’ campaign by Rotary Club, ‘Right to Education’ campaign by Hindustan Talks, and ‘Sita ki Rasoi’ amonsgt others.